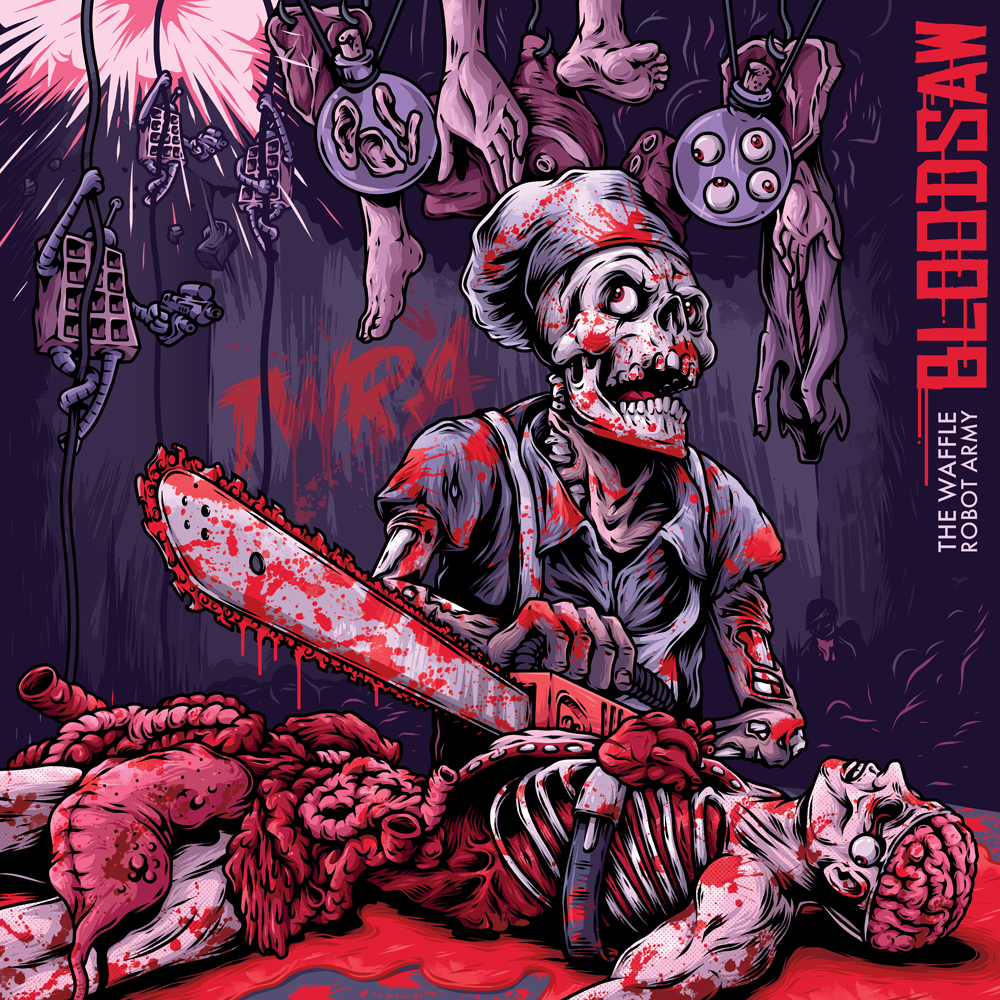 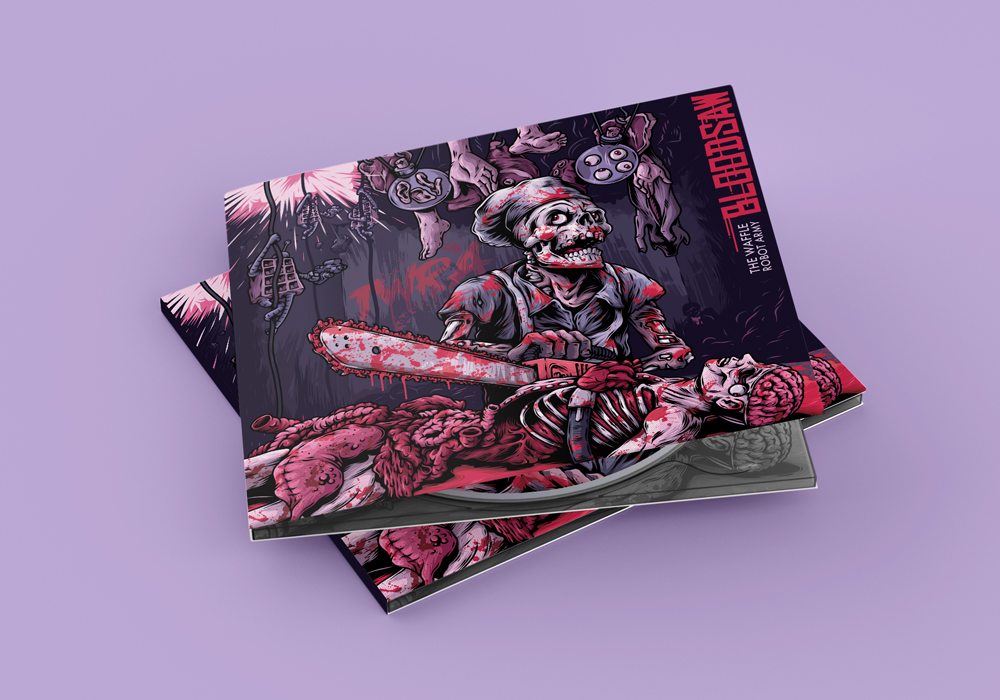 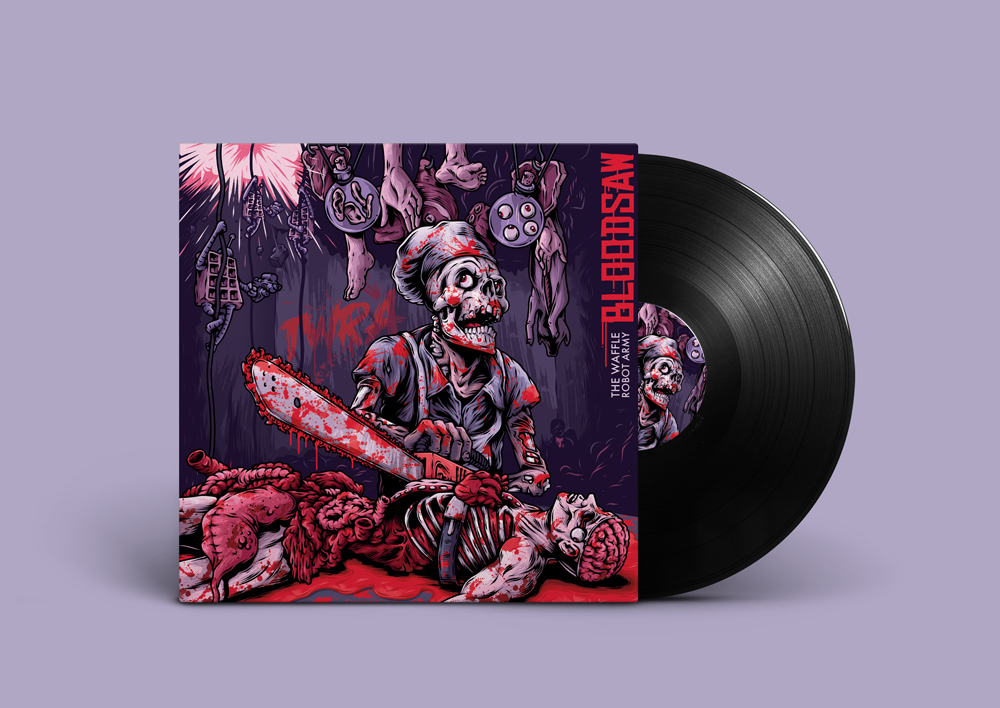 When 'The Waffle Robot Army' first approached us to create their album cover, we knew it was going to be a fun project!

'TWRA' compose music for movie trailers in Hollywood & have worked on all of the big action movies - Avengers, Mission impossible, Terminator, Blade Runner, So the cover had to reflect this in a way. For this cover they wanted a gruesome scene of blood & gore to represent their Horror soundtrack it'll accompany. The Title of the soundtrack 'Bloodsaw' is named after the butcher that the army is raiding. Throw in a few body parts & their logo dripping in blood in the background & we have the perfect illustration!